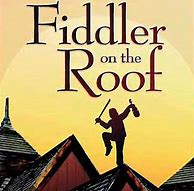 One activity specialist recalls a special activity session, using Broadway musicals as a topic and “destination”. Read on and enjoy!

“We listened to famous Broadway Shows. This led to a very descriptive and broad topic about client Pauline’s favorite shows. She laughed as we listened to “If I Were a Rich Man” from Fiddler On the Roof. We both tried our attempts at shoulder dancing like Tevye. Neither one of us could emulate him, but we certainly laughed a lot and Pauline’s spirits were lifted.

At one point, a song from Lion King came on and Pauline said she was unfamiliar with the musical. I started to describe the amazing opening scene to Pauline but paused to show her a clip of it on my iPad. Pauline told me she would rather have me just describe it to her, stating, “I want to use my imagination.” Her creativity was touched as I described in detail the way the performers come through the audience to the stage.

After an hour of discussing the magic of Broadway, Pauline had the most beautiful smile across her face and a twinkling glow in her eye. She thanked me for “going to Broadway” with her.”